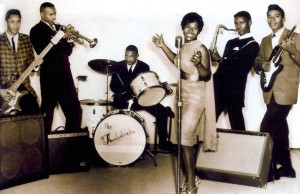 Want to Help Preserve a Piece of Music History?

Gate City Soul is a documentary film that tells the story of the Greenboro music scene in the 1960s and 70s. (If you haven’t seen it yet, you can watch the trailer here.)

In addition to the on-camera interviews we’ve already shot, we’ve been digging deep into traditional archival resources searching for pictures and film that will help bring this amazing story to life. And believe me, we still have more roads to trudge in that direction.

But the more we dig, the more we’ve been getting the feeling that the real good stuff is in your basement or attic or sock drawer!

That snapshot you took, that old film or video that you forgot about, that ticket stub or gig poster your friend has been keeping for all these years… We want to see it! Here’s a chance to share your experiences and memories with the world!

Shows at The El Rocco, Carlotta, or any other R&B venue in Greensboro
Any candids from the East Greensboro area – street scenes, store fronts,
Lifestyle photos or film (that is, families, friends, hanging out, school, church, etc.)
Local record stores like Curt’s Records
WEAL and your other favorite radio stations and personalities

Newspaper articles, ticket stubs, concert posters, recordings of DJs on the radio, any condition will be considered! 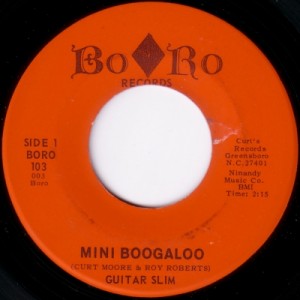 We’re also looking for folks that knew these bands, the studios, the clubs, and the music to tell some stories on camera about how they remember things back then — going to see the bands, what the radio stations meant to them, the club scene – that sort of thing. We’d love to hear your stories and get the real picture of what is was like from the fan’s point of view.

This is an opportunity to tell an amazing story about an important chapter of Greensboro’s music history that is quickly disappearing — we believe that this story will be best told by the folks who lived it.

How To Get Involved 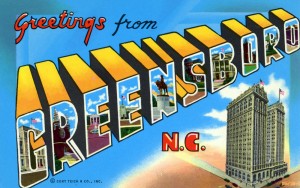 Contact us here if you think you have anything that might fit into the film – even if you’re not sure about it because of the subject matter or the condition, let us know and we can figure it out together. You might even get to see your name in the credits of the final film!

We’re excited to hear about what’s hiding in everyones’ shoeboxes and scrapbooks and we hope you are too!

Great piece by Eddie Huffman about the Versatiles, who released a couple of sides on Jimmy Cheek's CHEECO records back in the day! #GateCitySoul ... See MoreSee Less