“I’ve got a PhD in the underworld of music…” – George Bishop, Leader of “The Mighty Majors” & Founder of Gate City Records

As a young man, Roy Roberts was pretty sure that there had to be a better way to make a living than breaking his back on the family farm. When he arrived to live with his uncle in Greensboro, North Carolina, in 1961, the aspiring musician was excited to discover a nightlife and music scene that was thriving.

Worlds away from his hometown of Livingston, TN, young Roy relished the late night opportunities to pile into a car full of his buddies and cruise East Market Street looking for girls and checking out the shows. One night, their luck with the girls running not too hot, Roy and his friends hit the the El Rocco Club to catch R&B crooner Jerry Butler. That night, when Butler took an intermission, Roy had his career epiphany. As the group left the stage, a throng of female fans flocked to the boys in the backup band. He knew in his heart right then that the music business was where he was supposed to be. 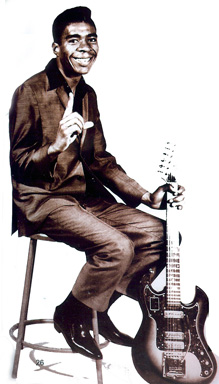 From that career defining moment, Roy’s world view was about to explode, thanks to a serendipitous encounter with Solomon Burke. Roy hit the road as a guitar player for “The King of Soul”, where he would begin his lifelong education on making a living in the music business. Over the years, Roy would also get schooled on who to trust with his dreams (and his recording masters); reconnect with his estranged father; and encounter racial attitudes alien to a young African-American man who had been raised in a community where everyone was welcome at the table.

Since the 1960s, Roy Roberts has continued to adapt. Performing as a sideman or as lead singer; in the studio or on tour; attracting international audiences and winning awards playing everything from R&B and Beach Music (with an inevitable but brief foray into disco) to a successful decade on the Country Music circuit. Roy Roberts has navigated the music business from all angles. He’s also been one of the key figures on the relatively obscure but pivotal Greensboro music scene – The Gate City was as important to the Chitin Circuit of the 1960s and 70s as it was for the trains that stopped here on their run from New York to New Atlanta.

Roy, one of the musicians whose story we will follow in the documentary “Gate City Soul”, is still performing today primarily as a blues musician, producing other artists on his own label, Rock House Records, and is often invited to Europe to play his 1960s and 70s Greensboro-produced hit to aficionados of “Northern Soul”.

So why isn’t “Roy Roberts” a household name?

Raised in Dunn, NC, migrated north to New Haven, Connecticut, with his siblings, Walter Grady accompanied his wife back to North Carolina in the early 1960s, proud of her accomplishments as an educator and grateful for her opportunity to teach as Dudley High School in East Greensboro. Walter’s dreams of becoming the next Berry Gordy were far off, but as long as he still had to carry bags to make ends meet to help support his young family, he might as well do it at a the Statler-Hilton — the luxury hotel in Greensboro where he was most likely to run into music business people. 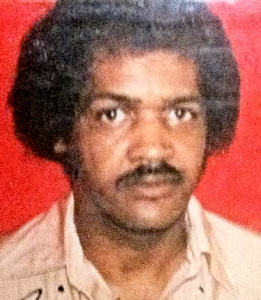 His decades-long forays into the music industry – founding record labels, co-writing songs and producing musical acts – eventually afforded him opportunities to be in the company of star-makers such as Atlantic Records president Jerry Wexler and future founder of Sugar Hill Records, Sylvia Robinson. With the careers of young George Bishop, Roy Roberts and a dozen other aspiring hit-makers in tow, he also would partner with a local radio DJ whose personality and popularity could likely increase the odds of one his proteges’ records breaking locally, regionally and perhaps nationally.

Despite having produced dozens of soul, gospel and funk artists and founding a handful of R&B record labels, most of his efforts remain unknown, even to most Greensboro natives.

So, why haven’t you heard of Walter Grady?

… Or George Bishop: A young Asheville native who left behind a promising career in sports when, in 1964, an athletics recruiter from North Carolina A&T State University in Greensboro recognized his musical prowess and introduced him to the band director. Already a seasoned sideman by the time he got to A&T, George would still have to learn repeatedly that men savvy in the business end of music, might not always be looking out for the prolific young musicians’ best interest.

… Or Wayman “Slick Slack” Johnson: A local radio celebrity and taste-maker turned record producer, who partners with Walter Grady to shape the soul sound of the Triad. When Slack’s ethics are questioned by both his bosses and the FCC, loyal fans inspired by the activist history of the community take to the streets in an effort to get Slack back on the air.

… Or Vic Hudson: A prolific guitar player, sideman, songwriter and producer who played on and produced dozens of sides and crossed paths with soul music royalty who eventually passes away in relative obscurity in a nursing home, his musical contribution to the region unrecognized.

“Gate City Soul” is a documentary film that follows the journeys, struggles and accomplishments of Roy Roberts, Walter Grady, George Bishop and a dozen others who chased their dreams of success in the music business during the 1960s and 1970s – not in New York, Chicago or Memphis, but in a place not generally regarded as the epicenter of the music business: Greensboro, North Carolina.

Part 3 is here! This part of the film takes us from the Vietnam war era into the emergence of The Electric Express and their 1971 hit, "It's the Real Thing". Featuring Roy Roberts, Slack Johnson, Pappy Morgan, George Bishop, Emanuella Peace and more. Watch it here: youtu.be/tQO7rqDXNxw ... See MoreSee Less