Throughout the 1960’s and 70’s, Greensboro, NC, was regarded as a “must-play” town by most popular national Rhythm and Blues acts. The large, young adult population from the area’s historically Black universities would practically guarantee sold-out shows at local venues. And if you were a young man from rural North Carolina or Tennessee hoping to cross paths with national music business big shots, Greensboro might naturally call to you.

“Gate City Soul” is a documentary film that follows the journeys, struggles and accomplishments of some of these men: guitar player Roy Roberts; producer Walter Grady; multi-instrumentalist George Bishop and a dozen other creative and talented local residents who pursued their dreams of success – not from music industry epicenters like New York, Chicago or Memphis, but from their own home base of East Greensboro, North Carolina.

This story will be told primarily through the oral histories of our characters themselves – Roy Roberts, George Bishop, Slack Johnson and others. Family members, business associates and historians will also share their perspective on these events and times. We’ll see photos and film of what it was like to be part of the Greensboro’s R&B music scene throughout the 1960’s and 70’s. And of course, we will get to hear the music that was written, recorded and produced by dozens of musicians, songwriters, recording engineers and producers in Greensboro, North Carolina. 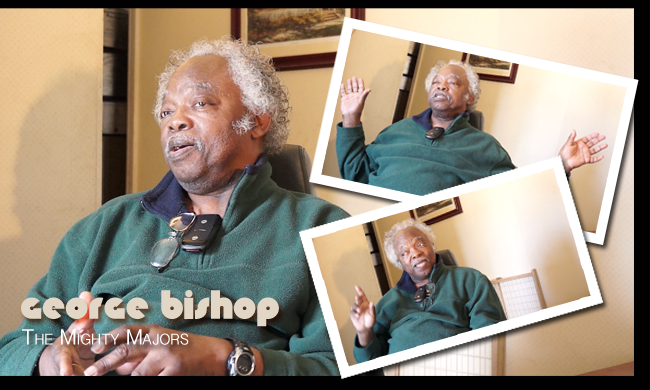 Viewers who are well-versed in this period of Greensboro’s past will get to experience a different facet of the city’s civil rights era history. Those who are unaware that anything of note was going on other than the sit-ins and protests may find themselves surprised at the diversity of experience occurring in East Greensboro’s primarily African American community.

This film will also appeal to international viewers since much of the music that is the central focus of the film (especially some of the early songs by Roy Roberts who is still being invited to perform in Europe) is still relevant on the Northern Soul dance scene.

Original pressings of 45 rpm records released by Greensboro-based record companies such as “Linco Records” or “Cheeco Records” are highly sought after by international collectors of rare vinyl. Some of these tracks by artists such as Roy Roberts or The Electric Express have been rediscovered by aficionados of rare soul music and have been made available to fans on compilation CDs. One such compilation, “Carolina Funk: First in Funk”, released on the UK label Jazzman Records can be found, among other places, on amazon.com. As one customer commented “When I listen, I wonder where all these guys are now and how their musical lives were lived. …[H]ow did it all turn out? As a listener, I really want to know more about all these guys.”

Part 3 is here! This part of the film takes us from the Vietnam war era into the emergence of The Electric Express and their 1971 hit, "It's the Real Thing". Featuring Roy Roberts, Slack Johnson, Pappy Morgan, George Bishop, Emanuella Peace and more. Watch it here: youtu.be/tQO7rqDXNxw ... See MoreSee Less